To share your memory on the wall of Rudolph Layton, sign in using one of the following options:

The gesture that can change the world

As Rudolph approached young adulthood he decided to join the faith of the Jehovah Witnesses. In his mid-20's Rudolph traveled with his congregation to New York to attend an Assembly. Once the Assembly ended Rudolph decided to stay in New York under his working visa.

Rudolph settled in Harlem, NY where he continued to practice his mason work and exercised his faith. In 1958, Rudolph met a beautiful woman named Barbara Alston who attended the same Jehovah Witness congregation. On July 1, 1961, Rudolph was joined in marriage to Barbara, and together, they had three children. Around 1978 Rudolph and Barbara decided to relocate to Mount Vernon, NY where they spent the rest of their lives, and he began to work as a mason for the MTA.

Rudolph was a devoted Jehovah Witness for many years and spent the majority of his life serving others. He was known to have a golden heart, someone who truly cared for all and attempted to help in any way that was possible. In his spare time he enjoyed gardening, carpentry, socializing, taking care of animals, and spending time with his loved ones.

On December 29, 2019, at the age of eighty-nine, Rudolph Layton went to sleep in death to await the resurrection, after a courageous battle with multiple illnesses.

Rudolph (Uncle Sonny) Layton will be truly missed but not forgotten, by his family, friends, and all who knew him.
Read Less

To plant a memorial tree in honor of Rudolph Layton, please visit our Heartfelt Sympathies Store.

We encourage you to share your most beloved memories of Rudolph here, so that the family and other loved ones can always see it. You can upload cherished photographs, or share your favorite stories, and can even comment on those shared by others.

Plant a Tree in Memory of Rudolph
Plant a tree 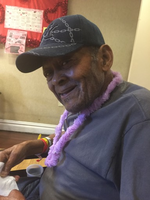 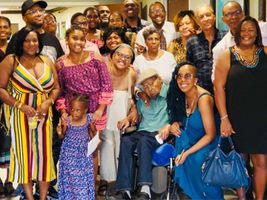 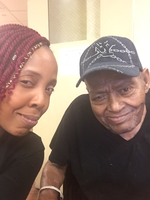