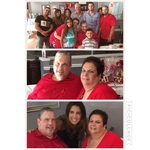 Paul G. Shallop was born April 6, 1952 and raised in the Bronx. He was a loving son to the late Virginia and Chester. Paul was a devoted husband of Susan (nee Sangiuolo) for nearly 44 years. He was a dear brother to the late Richard and his wife Adelaide, the late Joan and also to Frank and his wife the late Patricia. Dearest brother-in-law to the late Angela Mormile and to Joseph. Paul leaves behind many nieces, nephews, great nieces and great nephews. He was a cherished Godfather to Gregory, Douglas, Joseph, Brendan and Dana Marie. Visitation will be held on Monday, January 20, 2020 from 2-9 PM. A Mass of Christian Burial will be celebrated on Tuesday, January 21, 2020 at 11:30 AM at Saint Benedict's Church. Interment will follow at Saint Raymond's Cemetery.

All rights reserved. This obituary is also archived at obittree.com